American writer widely popular among all ages- famous for his cartoons, songs, and children’s books. Yes, here I am addressing the world-renown American- Shel Silverstein, styled himself as Uncle Shelby in some great works. With 20 million best-selling copies and translated in 30 languages this iconic writer has ruled over millions of hearts. Shel Silverstein being the legendary writer has added many awards to his name as was the recipient of two Grammy Awards, as well as Golden Globe Award and Academy Award nominations. Shel became one of the leading cartoonists of the well-known playboy.

This article contains the best work done by Shel that should not be missed by any reading fonder. So without wasting time let’s relish some of his timeless beauty as definitely you don’t want to miss the masterpiece by this legend. 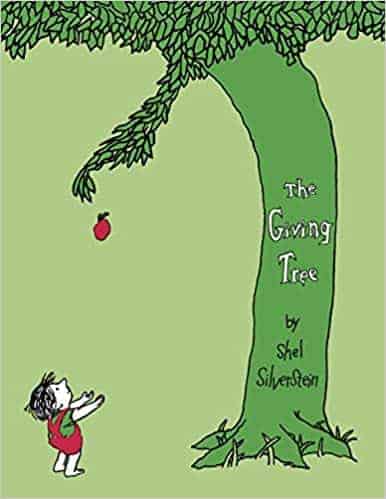 This amazing story is much popular for its title and has counted one of the best titles of Shel. The story is all about unforgettable perception, beautifully written and illustrated by one of the versatile writers. This impressive story revolves around the boy who would come to the tree to eat her apples, swing from her branches, or slide down her trunk his playing made the very much happy. But the change in time the perception of the boy changes and so as the story’s plot.

The author had successfully created a moving parable for readers of all ages that contribute to emotions and shares a touching version of the legacy of giving and a serene recognition of another’s capacity to love in return. The story is filled tenderness, touched with sadness, and is an amalgam of compassion and consolation.

Where the Sidewalk Ends 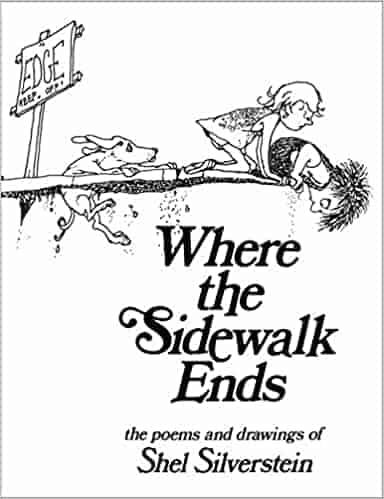 This 46-year-old classic poetry collection is a masterpiece of both humor and profound, has been the most beloved of Shel Silverstein’s poetry books for generations. Well it is just a name but the whole is based on where the sidewalk ends, Shel Silverstein’s world begins.

The story is about a boy who turns into a TV set and a girl who eats a whale and the world that you could ever imagine. The author’s magisterial acquisition of poems and drawings is one of Parent & Child magazine’s 100 Greatest Books for children.  School declares that the “Silverstein holds an exceptional sense of rhythm and rhyme and a good ear for alliteration and assonance that make these poems a pleasure to read aloud.”

A Light in the Attic 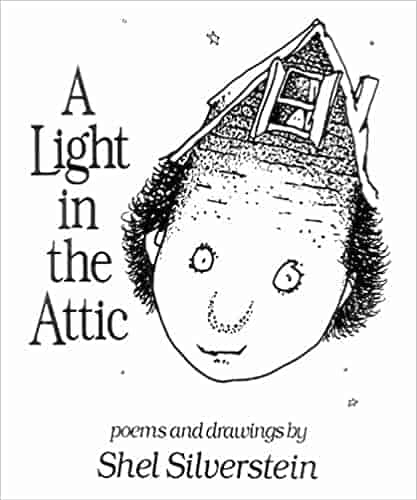 Whatif I flunk that test?

Whatif nobody likes me?

Whatif a bolt of lightning strikes me?…

Here is the big change in the author’s life as on the 20th anniversary of his exception book- A Light in the Attic includes a CD of highlights from his Grammy Award-winning album. This other wonderous book from the award-winning author is a collection of the poem that is unbeatable. Yet protest took place to be banned this book in some schools due to concerns that it promotes violence and disrespect. And is even banned in many schools, but you cannot miss this gem as it is one of the author’s best work. 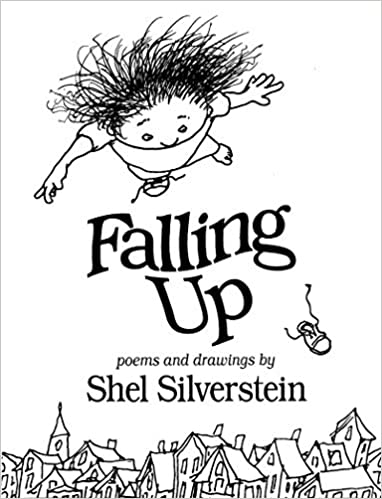 This poetic approach of the author is loved and appreciated worldwide as he presents the stuff out of the box that can keep you stuck with many thoughts. This poem is on a poor Screamin’ Millie who is just one of the unforgettable characters in this wondrous new book of poems and drawings. However there you may find many extraordinary characters like Allison Beals and her twenty-five eels; Danny O’Dare, the dancin’ bear; the Human Balloon; and Headphone Harold.

So without wasting time grab the book and take a ride through the Nose Garden, ride the Little Hoarse, eat in the Strange Restaurant, and let Shel Silverstein open your eyes and tickle your mind like a true magician. Silverstein dedicated this book to his son Matthew and it is also the third and final poetry collection by Silverstein in his lifetime, as he died 3 years after Falling Up was released. 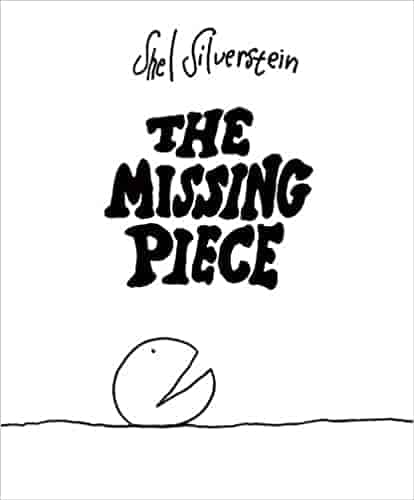 The Missing Piece is a definite masterpiece from the celebrated author of The Giving Tree and Where the Sidewalk Ends, this is not a charming fable that gently probes the nature of quest and fulfillment but is also grand adventure searching for a piece to complete itself.

I’m lookin’ for my missin’ piece

lookin’ for my missin’ piece

The book belongs to a missing that not happy. And lead to the journey the plot is based on what it finds on its search. The story is beautifully crafted and moreover touchingly expressed. This heart touching and the highly innovative book can be read on many levels. And of course, Silverstein’s iconic drawings and humor are the most captivating part and is enough to pack readers forever.

Every Thing on It 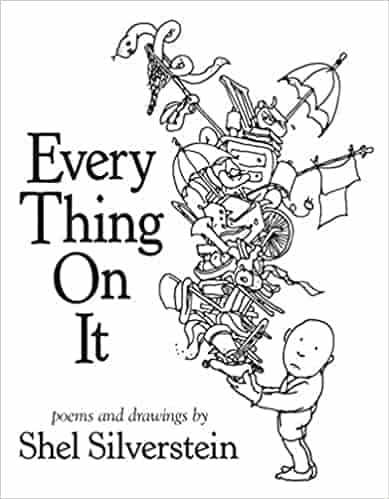 The high rating and  New York Times bestselling Shel Silverstein, Every Thing on It is an amazing collection of never-before-published poems and drawings. That keeps you astonish and surprise on each page. Once you through the book and you become speechless.

“You will say Hi-ho for the toilet troll, get tongue-tied with Stick-a-Tongue-Out-Sid, play a highly unusual horn, and experience the joys of growing down”. The phrase is just a sight of a beautiful carving there’s a lot more to cherish. Again Shel Silverstein proving himself to be a true magician captivates your attention with his magic spells. If you haven’t read this you’re missing out something really amazing. 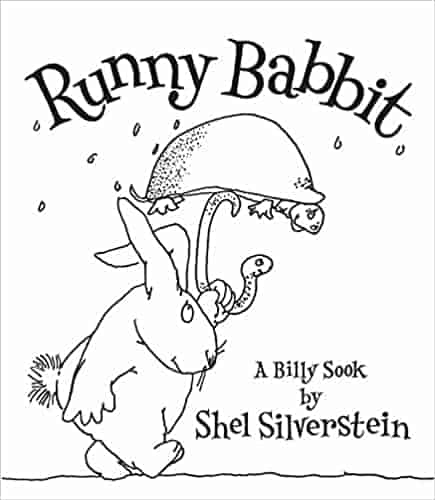 Runny Babbit: A Billy Sook an unforgettable addition to the kid world. Though the book was published posthumously in 2005 accepted and appreciated with open arms. Runny Babbit is Shel Silverstein’s title itself is hilarious and is loved by countless people.  New York Times-bestselling book involves spoonerisms words or phrases with letters or syllables swapped: bunny rabbit becomes Runny Babbit. And that shakes people’s minds.

Let’s take a sight of this astounding world of Runny Babbit and his friends Toe Jurtle, Skertie Gunk, Rirty Dat, Dungry Hog, Snerry Jake, and many others who speak a topsy-turvy language all their own. The book involves phrases that are immensely hilarious such as “Dummy and Mad,” “Shake a tower,” “Dash the wishes,” “Tush your breeth,” “Rean your cloom,” and other chores. But one thing very clear this book is an exceptional experience that you can ever have. 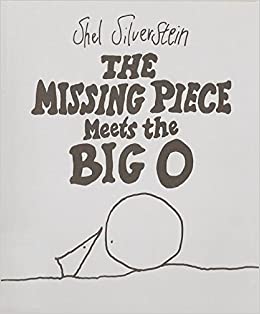 The title is self-explanatory and is part of another journey- the exclusive it encounters and what it acknowledges in its helplessness. The book is a sheer example portrayed with simplicity and compassion in the words and drawings of Shel Silverstein.

and take it somewhere….

Lafcadio, the Lion Who Shot Back 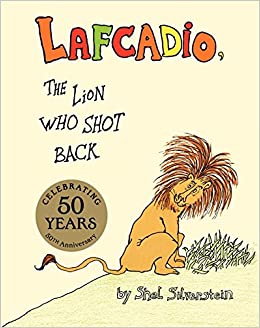 Lafcadio, the Lion Who Shot Back Shel Silverstein’s first children book is a whimsical tale of self-discovery and marshmallows. More than fifty years and is still celebrated with the same compassion with a return to the vintage full-color cover. The tale confronts the sheer dilemma between success and happiness. This modern fable does not just speak to the children but shares the scenario of all ages.

Lafcadio, the Lion Who Shot Back is an iconic book that changed the entire perception of the author’s writing that started Shel Silverstein’s incomparable career as a bestselling children’s book author and illustrator.

A Giraffe and a Half 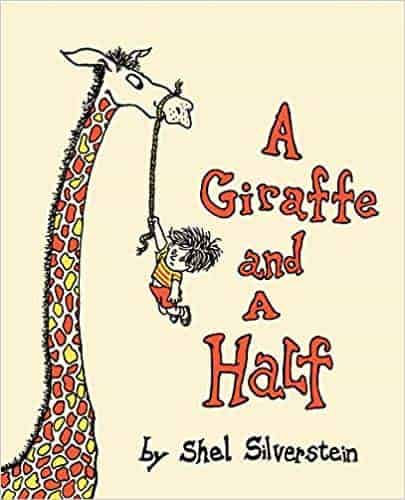 Humorous and delightful rhymes about a giraffe who acquires remarkable ludicrous things such as glue on his shoe and a bee on his knee, only to lose them again, one by one. This infectiously funny nonsensical text and illustrations have always been an eye candy for kids.

Who Wants a Cheap Rhinoceros? 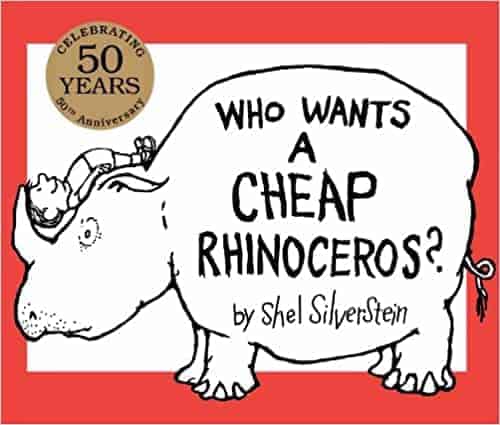 The title itself makes the plot clear and share the smile on readers face. Looking for a new pet? Imagine yourself with cheap rhinoceros, sounds wired and funny, isn’t it? The author’s approach towards the joy of the proud owner of rhinoceros will convince you to be the one lucky kid to take home this very, very unusual pet. This book is one of a kind and well highly popular among kids.

Don’t Bump the Glump! and Other Fantasies 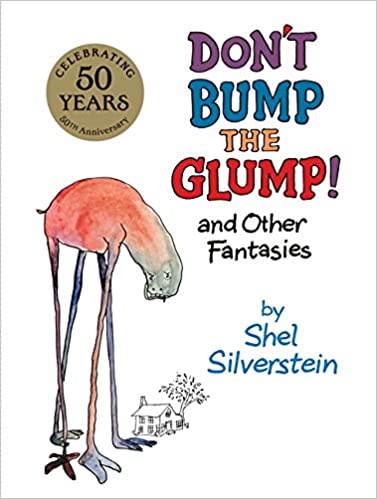 Shel Silverstein was blessed with a unique sense of extraordinary imagination. We as a kid might have imagined many things and were happy with our imaginary world of angels, aliens, and devils. But as we grew up the whole thought process changed. Well this book is alike journey so if you haven’t read it, go ahead and be ready to be amazed, tickled, astonished, and entertained by this most unusual bestiary of silly and scary creatures. The author has combined his unique imagination and bold brand of humor for his first poetry collection – the only one he illustrated in full color. 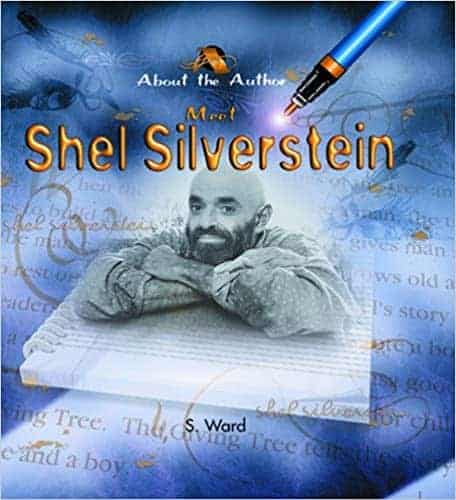 All of you might have heard about famous characters like Harry Potter, Ramona, Winnie-the-Pooh these characters are a big part of every kid’s childhood all around the globe. Now kids also have an opportunity to gather information about the authors behind the books that they love. Renowned and beloved authors such as J.K Rowling or Shel Silverstein share the experience of their to life in these biographies that include citations and illustrations from the authors’ published works. Shel Silverstein is a well-celebrated author all around the world and is loved by all. His most cherished work includes the child’s first introduction to poetry. Kids will be inspired by this poet, cartoonist, novelist, and singer/songwriter big time.

Shel Silverstein was not just an amazing writer was a true magician to kids however his journey as a children’s book author and illustrator began with Lafcadio, the Lion Who Shot Back. In 1964. His creativity continued to thrive and rise as four more books were published in the same year—Don’t Bump the Glump!, A Giraffe and a Half, Who Wants a Cheap Rhinoceros?, and the beloved classic The Giving Tree.

The recipient of two Grammy Awards, as well as Golden Globe Award and Academy Award nominations the author has gifted us with some of the most magnificent masterpieces of his writing in his whole writing career. Well, it is the highly asserted fact that he was one of the most versatile writers who ha contributed to cartoons, songs, and children’s books, television, and film whole-heartedly.

The interests of the author have always leaned towards writing the witty and humor genre for children and his extraordinary sense has made it possible any which way. The above mentioned were some of the greatest read by the author. Do let us know in the comment section how you liked this article and if you have any queries you can ask them as well by commenting. We will be glad to you!