No reader can skip the most famous and iconic The Grapes of Wrath as it is the Pulitzer Prize and National Book Award-winning novel. And adapted into a celebrated film starring Henry Fonda and featured heavily in the author’s 1962 Nobel Prize citation. Well, this dream novel is crafted by John Steinbeck, Jr. (born February 27, 1902 – December 20, 1968). John Steinbeck wrote 27 books in total, including\six non-fiction books, and earned Nobel recognition.

Steinbeck was a successful literature author but always created headlines due to controversial anti-capitalist themes in Of Mice and Men and Grapes of Wrath. This highly celebrated john Steinbeck books have been banned from various schools and libraries since their publication John Steinbeck rose to its prominence in 1935 with the publication of his fifth book, Tortilla Flat, and went on to become perhaps the most renowned social novelist in the history of American letters. Let’s get through his some classic gem and consider to be is 10 most iconic works from The Grapes of Wrath to devastating novella Of Mice and Men. 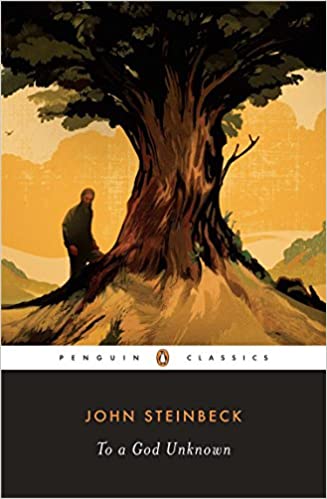 This iconic early novel celebrates the moment of brief friendship between Steinbeck and Joseph Campbell in 1932. This raw and compelling account is overloaded with amusing ideas and impactful youth-oriented text that embraces all that writer had considered on a particular point. This is Steinbeck’s soul book that possesses all his essence of emotions. 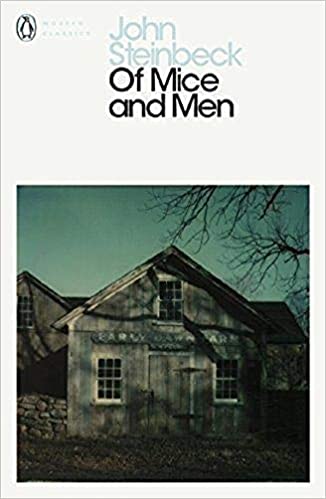 This is one of the most talked novels as it tells the story of George Milton and Lennie Small, two displaced migrant ranch workers, who move from place to place in California in search of new job opportunities during the Great Depression in the United States. This odd couple has won many hearts and leaves its impact on the audience a long time as finish it reading. This 107 pages novel takes you to Lennie’s worshipful love of George and George’s equally sharp need for Lennie’s adoration is archetypal.

This another raw gem from Steinbeck is considered to be the best strike novel ever written. The story revolves around the activist attempting to organize abused laborers in order to gain fair wages and working conditions. Prior to its publication Steinbeck wrote a letter that was very much acclaimed. This utmost powerful and adverse John Steinbeck books is one of the highly appreciated creations of Steinbeck. 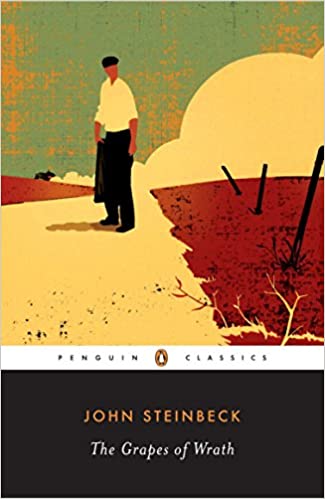 This novel is no less than a life changer as it earned acclamations instantly upon publication: a Pulitzer Prize and a National Book Award in 1962. This American realist novel was considered to be a significant event in national history. Apprehending the impasse of millions of Americans whose lives had been squashed by the Dust Bowl and the Great Depression, John Steinbeck awakened the nation’s comprehension and compassion. It is not a secret that Steinbeck writes with grace and flexibility that masks the layers of suggestions. This novel was highly acclaimed with open arms as it shares the perspective of Steinbeck with the readers to see the migrants as he saw them. This is the most celebrated work of the writer and highly recommended.

Sea of Cortez was John’s favorite of all his work. This an English-language book written book details a six-week marine specimen-collecting boat expedition he made in 1940 at various sites in the Gulf of California, with his friend, the marine biologist Ed Ricketts. This wisest and sure content replicates the conversational voice—Steinbeck’s intimate exchanges with marine biologist Edward F. Ricketts, his best friend-both went to on the voyage to the Gulf of California on which the book is based.

The author is well known for friendship and his signature bond-male friendship that is most insane and vulnerable. Steinbeck has collectively written about Monterey’s Cannery Row similarly like Ed Ricketts (Doc in the novel) catalogued his “little beasties” in the intertidal, noting connections. Steinbeck pokes readers by viewing with some of Doc’s flexible and all-encompassing fantasy, that examines the real and glides to the visionary. After the Rickett’s death, Steinbeck abandoned the species catalogue from the earlier work and republished it with a eulogy to his friend added as a foreword.

Steinbeck’s anguished epic and most ambitious novel, East of Eden brings to life the intricate and obscure details of two families, the Trasks and the Hamiltons, and their interwoven stories. This iconic piece is about his mother’s own family, the Hamiltons (stories true), and his fictional family, the Trasks, who are recast in the mythic Cain and Abel saga. The writer began this book in 1951, divorced from one wife and newly married to another, the anguish about his sons’ destiny and grief about his own past are woven into each section in this, his most intimate book. This book in biblical location is worth captivating readers.

The writer was never fond of using telephone so hands-down letter writing was a vital form of connection and he wrote his prolific letters as a warm-up exercise each day before tackling his work.  This novel reveals the long piece of letter to a phalanx of friends, a trio of wives, as well as agents, editors, and family. This funny, driven and haunted by inadequacy and intellectually curious letters are insanely impressive.

This Russian journal is an eyewitness account of his travels through the Soviet Union during the early years of the Cold War era. This account was written immediately after Russia turned from World War II ally to Cold War enemy. Steinbeck’s best work and is one of his most urgent today, as Crimea tips toward Russia. Steinbeck described specifically that the book’s goal was “honest reporting, to set down what viewed and discovered without editorial comment, without concluding things didn’t know sufficiently.”

The Pulitzer Prize-winning author has gifted us with some of the most magnificent masterpieces of his writing in his whole writing career. Well, it is the highly stated fact that The Grapes of Wrath got the name and fame to this Californian writer but his other works of fiction, non-fiction, essays, short stories, are equally appreciable.

The interests of the author have always leaned towards writing the inspirational stories about controversial anti-capitalist themes and as the writer himself was no stranger to poverty and hardscrabble living.

The above mentioned were some of the greatest read by the author. Do let us know in the comment section how you liked this article and if you have any queries you can ask them as well by commenting.