A great gift to mankind-founder of psychoanalysis Sigmund Freud is one of the most influential and prominent figures of the twentieth century. An Austrian neurologist is considered to be the debated man of his times. A qualified doctor of medicine is majorly known for his controversial ideas and the major impact on the growing field of psychology which is highly influential till today. Being “Father of psychoanalysis”, which was a clinical method to treat psychopathology, he gave such statements and proclamations that created a complete upheaval in the old-fashioned society of that time.

Known for his thesis on human psychology Sigmund Freud was also a prolific writer who contributed with more than 320 different books, articles, and essays. Freud and his theories are widely popular and there are many textbooks that summarize his ideas, but sometimes nothing beats debating the original writings to obtain greater acumens and perspectives on his many ideas. This article comprises of some most famous and influential books by Sigmund Freud.

It’s always hard to choose the best ones if you have the most influential and amazing work in front of you, still, we have tried to gather some of the most talked work by Sigmund Freud that can definitely throw great impact on your mind. 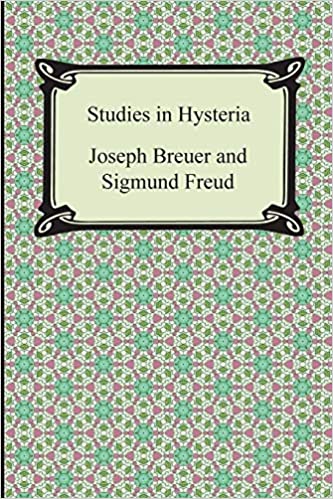 Studies on Hysteria is a book co-authored by Freud and his colleague Josef Breuer. This book consists of an introductory paper followed by five individuals’ studies of hysterics. In simpler form this book describes is based on their work and work and study of a number of individuals suffering from hysteria, including one of their most notable cases, a young woman known as Anna O. The book also shares the sheer introduction of the use of psychoanalysis as a treatment for mental illness. Well, now we know that psychoanalysis is a big part and is highly used in treating illness but in those days making it possible was really tough, and this book is a sheer example of intelligence and hard work. 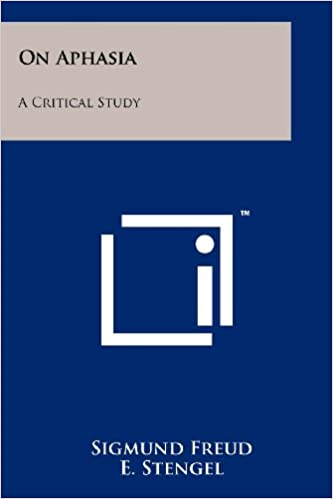 On Aphasia – the monograph was the first book and contained Freud’s earliest thoughts on psychology. This book is a strong answer to those whom Freud challenged, and that their manner of understanding aphasias was no longer tenable and criticized their methods and their process of treating the disease… Neuroscientists had attempted to localize psychological processes in discrete cortical regions from the decades. This book is based on Aphasia-a nervous disorder caused in the brain which ceases the person’s ability to remember words, speak, or write. His writing work anachronizes on psychoanalytic thought. To understand and get a keen knowledge about this disease Aphasia is a must-read.

The Interpretation of Dreams 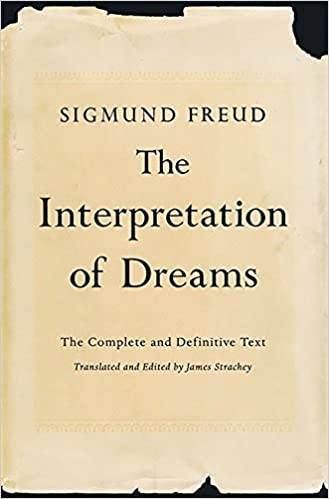 Originally published in German under the title Die Traumdeutung -The Interpretation of Dreams is an 1899 book that introduces the theory of unconsiousness with respect to dream interpretation. Freud often claimed this book to be his personal favorite with so much to give. This book is a journey to become a perennial classic in the history of psychology. The book lays out Freud’s theory Oedipus complex. Freud revised this book at least eight times and included a session that treated dream symbolism very literally. If you’re really keen to learn more about Freud’s approach to dreams and the unconscious mind, this book is a must-read.

The Psychopathology of Everyday Life aka Zur Psychopathologie des Alltagslebens is based on Freud’s research into slips and parapraxes from 1897 onwards. The book gained popularity as one of the major texts that outline Freud’s psychoanalytic theory. This book is a closure analysis of the various deviations from the stereotypes of everyday behavior, strange defects, and malfunctions, as well as seemingly random errors. The author concludes that they indicate the underlying pathology of the psyche, the symptoms of psychoneurosis, that leads to errors such as forgetting names, slips of the tongue (aka Freudian slips), concealed memories. Well, this generally happens to everybody but the big question is nobody knows why does that happens and this book is the answer to all your questions. To understand Freud’s slip theory grab this book now and complete it.

Jokes and Their Relation to Unconscious 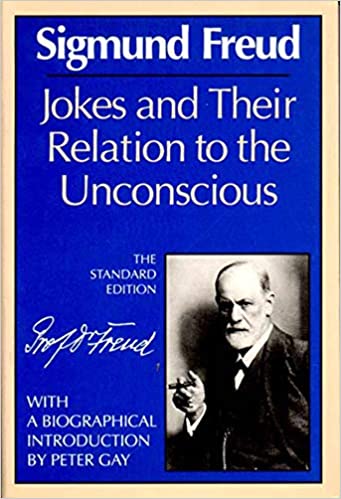 Jokes and Their Relation to the Unconscious- the title is explaining a story but definitely your mind says is that even possible, and how a joke can be related to unconscious. Well this book is what you need in your hand. This influential book by Freud is based on the psychological processes and techniques of jokes, which he compares to the processes and techniques of dreamwork and the unconscious. Well, this book explains the theory- how jokes could be related to unconscious, wishes, desire, and even memories.

Freud claims that your enjoyment of the joke designates what is being restrained in more serious talk. This book is a boon for the one who really wants to study human psychology, not only that this fact digging book is a gem that should not be missed by any individual.

Leonardo da Vinci and A Memory of His Childhood 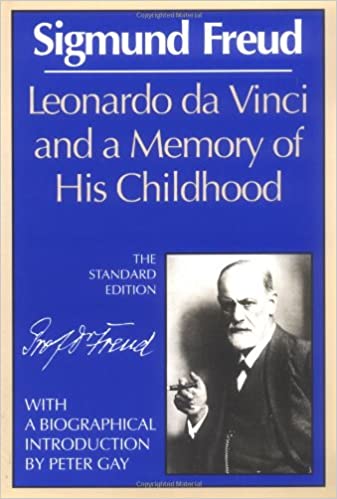 Leonardo da Vinci and A Memory of His Childhood might be a surprise that explains Freud to be a versatile writer, he not only has excessive knowledge about humans but can do wonders with nonliving things as well.

This book is a psychoanalytic study of da Vinci’s life based on his paintings and Freud attempts to explain Leonardos’s fondness of depicting the Virgin Mary. This book also comprises of the childhood vulture fantasies and how Freud himself could have done that. He even backed up by conveying the fact that Egyptian hieroglyphs represent the mother as a vulture.

Totem and Taboo: Resemblances Between the Mental Lives of Savages and Neurotics 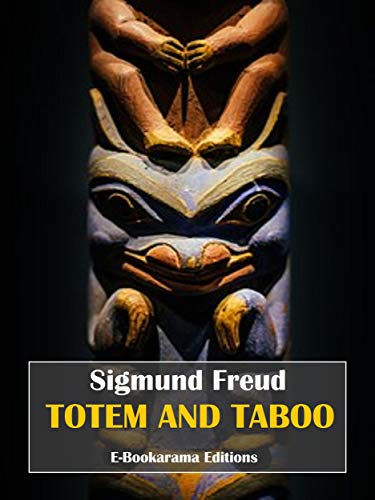 Totem and Taboo share some relevant points of agreement between the mental lives of savages and neurotics. The book contains essays and applications based on psychoanalysis in archaeology, anthropology, and the study of religion. This gem is considered to be one of the classics of anthropology. The book includes four essays inspired by the work of Wilhelm Wundt and Carl Jung: “The Horror of Incest”, “Taboo and Emotional Ambivalence”, “Animism, Magic and the Omnipotence of Thoughts”, and “The Return of Totemism in Childhood”. All essays contain highly exceptional knowledge and are a must-read for each. 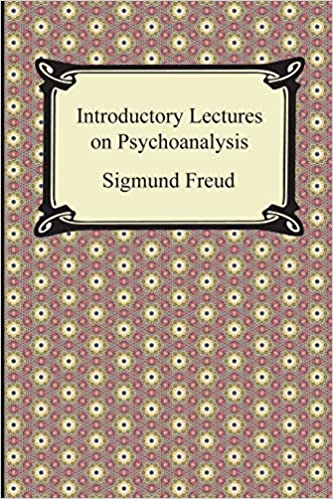 Introductory Lectures on Psychoanalysis is a set of lectures contain given by Sigmund Freud containing 28 essays who discussed the nitty-gritty of the application of psychoanalysis, the unconscious mind, theories of neurons, and dreams. These lectures became much popular widely translated his works. To get the keen details in psychoanalysis this book is an extraordinary experience.

Beyond the Pleasure Principle 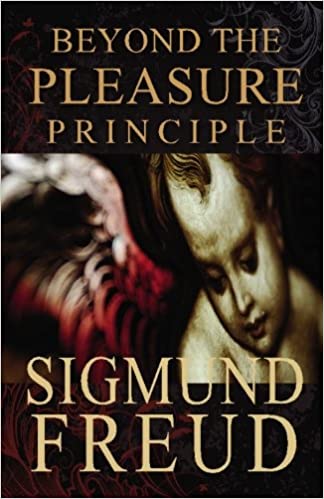 Beyond the Pleasure Principle is a book that contains major turning points in Sigmund Freud’s theoretical approach, that comprises theories of libido, life, and death instincts. The author has tried to explain the theories of instincts with greater intensity. The book describes an essay on humans as struggling between two opposing drives. The book attributes most human behavior to sexual instinct. Wit this essay Freud went “beyond” the simple pleasure principle.

Future of an Illusion 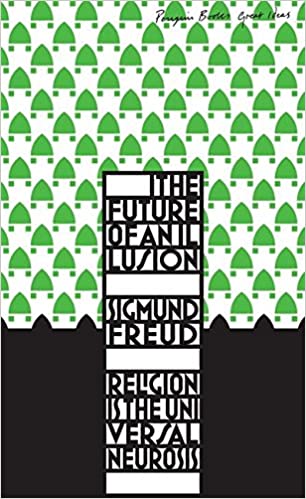 This book by Freud shares views and discussion on religion’s origins, development, and its future and the interpretation of religion via psychoanalysis. Freud believed religion to be a false belief system.  This book shows the explanation of Freud’s views in his own words as he defines religion as an illusion consisting of”…certain dogmas, assertions about facts and conditions of external and internal reality which tell one something that one has not oneself discovered, and which claim that one should give them credence.”

Three Essays on the Theory of Sexuality 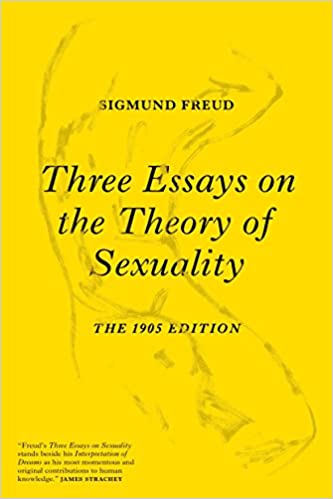 Three Essays on the Theory of Sexuality is a contribution to the theory of sex and is considered one of Freud’s most important works. These essay outline’s theory of psychosexual improvement. Additionally also introduces other important concepts including the Oedipus complex, penis envy, and castration anxiety. The book begins with the first essay on “The Sexual Aberrations” by differentiating amidst the sexual object and the sexual aim keeping in mind that deviations from the norm could occur with respect to both. 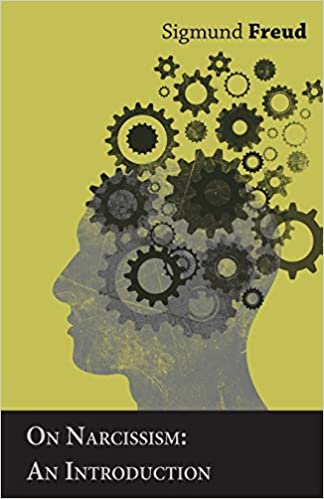 On Narcissism by Freud is a brief stated theory of narcissism. Freud tries to explain that narcissism is actually a normal part of the human psyche. Moreover he referred to this as primary narcissism or the energy that lies behind each person’s survival impulses. Well his motive behind writing this theory probably to show that the concept of narcissism offers an alternative to Jung’s non-sexual ‘libido’ and Adler’s ‘masculine protest’. This book is a better understanding of the Narcissism.

Civilization and Its Discontents 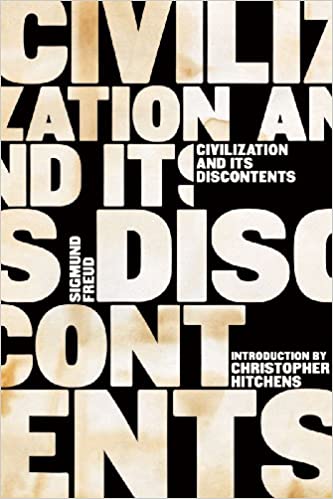 Civilization and Its Discontents is one of Freud’s best known as the universally read books. This book explores what Freud sees as the important clash between the desire for individuality and the expectations of society, the book is deemed one of Freud’s most influential and widely read works, and one of the most influential and studied books in the field of modern psychology. The book focuses on Freud’s ideas about the tension that held an amidst individual and civilization as a whole. Many of your most basic desires are at odds with what is best for society, which is why laws prohibiting certain actions are created and these facts are stated into Freud’s theories. This book also begins with the work by taking up a possible source of religious feeling that his previous book. 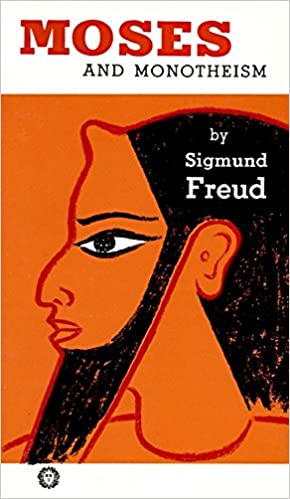 In Moses and Monotheism- Monotheism that may shock readers because of Freud’s suggestion that Moses was actually born into an Egyptian household that suggests Moses was not Jewish but was instead an ancient Egyptian monotheist rather than being born as a Hebrew slave and merely raised in the Egyptian royal household as a-ward. Freud has accurately utilized his psychoanalytic theory to develop hypotheses about events of the past. This book comprises of three essays and is an extension of Freud’s work on psychoanalytic theory as a means of generating hypotheses about historical events, in sequence with his obsessive fascination with Egyptological scholarship and antiquities.

Freud’s work was highly dominant in the past and influence to many by his unusual work. However it becomes really important to be familiar with his work and theories is important if you want to understand how psychology evolved. There are many college textbooks that supply a desultory overview of some of his best-known ideas.  But if you hold a keen interest in Freud’s work and moreover interested in taking a closer look at Freud’s work then this is the exact article you are seeking.

The above-stated books provide you with a great deal of insight into the ideas that fueled the rise of psychoanalysis. The above-stated books in this article are the best books by Sigmund Freud and comprise the best knowledge in order to understand psychoanalysis, theories, illustration, and strategies. These amazing and practical books are designed by Sigmund Freud that can be really helpful to understand human psychology and how a clinical method can be utilized for treating psychopathology. Most of you might have planned to become a Neurologist or thought to become a professional psychoanalyst these books are really helpful in your profession.

This article consolidates the collection of handpicked practical and best books by Sigmund Freud that can change your perception towards psychoanalysis and treating methods as these books are skilled with techniques, theories and strategies in order to understand psychoanalysis. Do let us know in the comment section how you liked this article and if you have any queries or suggestions, you can ask them by commenting below.