History is a weird subject, it is the most hated topic for students in school and the most loved topic as bedtime stories. History is all about the incidents that happened in the past.

Indian history is the most exciting in the world, it has everything the richest country, glorious emperors, the attacks, fights, great leaderships, the British empire, the Mughal empire, freedom struggle, heartbreaking partition, and whatnot. There have been so many incredible personalities and incidents that have happened in the past that are both exciting and inspiring.

If you have an interest in history and also you are a book-lover then my friend you are at the correct place, Bookchums has curated a list of 8 best books ever written on Indian history in no particular order, stick to this article until the end to learn about Best books on Indian History. 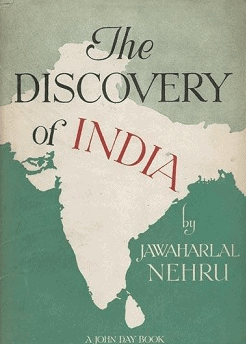 This book is written by the first prime minister of the independent India Mr. Jawaharlal Nehru when he was imprisoned. Mr. Nehru has covered a very long portion of the past in his book, starting from the Indus valley civilization to the establishment of the British empire. The book has also used to make an award-winning TV series by Shyam Benegal.

Mr. Nehru claimed this book as a tribute to the cultural legacy and strong ancient history of this glorious country. He in his books has covered the beginning of Indus Valley Civilization to the last year of the British empire and the independence tale. 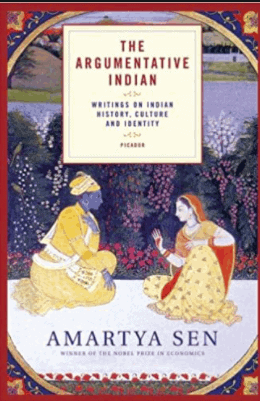 This book is a must-have in every history lover’s collection, this gem is written by a Nobel prize winner economist Amartya Sen. Writer feels that the vibrant past of India is something everyone should know. The Argumentative Indian is a sum of multiple essays like tales that explain how India has shaped its cultural dignity with so much diversity of caste, race, language, and religion. 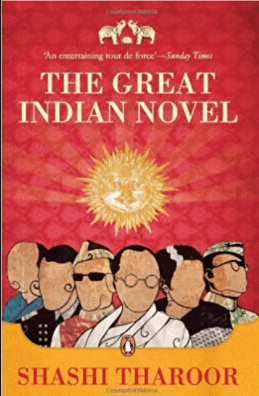 This is a fictional recreation of two different eras of Indian history that is the independence struggle and Mahabharata, Shashi Tharoor has satirically written this novel that takes the story of famous Hindu mythology Mahabharatha and reset it in the context of the freedom movement and 3 decades after the independence.

Shashi Tharoor is a famous politician and a blunt writer and speaker. The Great Indian Novel is a very sharp creation by Mr. Tharoor he very cunningly has transformed the characters of Mahabharata in the era of independence and subsequent. This is a must-read and a treat for all the history lovers.

4) India After Gandhi: The History of World’s Largest Democracy 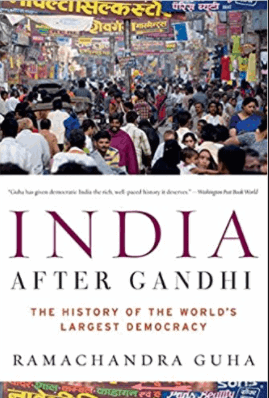 If you want to understand the evolution of Modern India you must read this gem of a book by one of the best historians of India Mr. Ramchandra Guha. This book talks about the history of India after independence, the painful partition, the chaotic politics, the caste and religion-based policies, Rajiv Gandhi’s short but impactful career in Indian politics.

This is a must-read book if you want to know about every important event happened in Indian politics after independence, Mr. Guha has tried to cover all possible details in these 900 pages it is a treat for all the history and politics lovers. 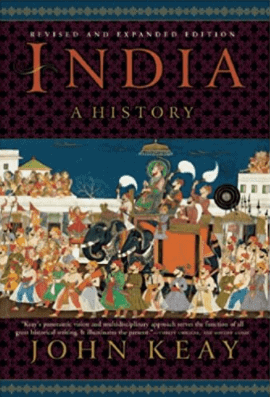 This book can give you a crash course on Indian History, How is it possible to cumulate 5000 years of such an overexciting history in a single book but John Keay has done a wonderful job and you can read this book to see how he does pure justice to the readers of this book and has done his work amazingly.

“India: A History” has every event happened in Indian history from the panoramic view of Indus valley civilization cities Haddapa and Mohenjodaro to the Partition and the complicated relationships of India and Pakistan this book covers everything, also Keay has created this book in a such a way it makes you turn the pages with the increasing excitement. 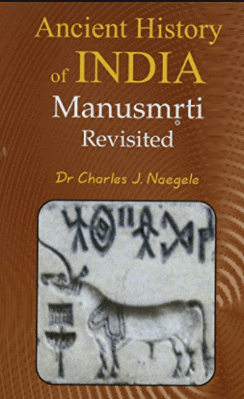 This book is written in the context of the ancient glory of India that is before 4000 to 5000 years it also explores the relationship of Manusmriti with Rigveda and the Indus valley civilization, this book also put some light on the Aryan society, Indian cultural richness, the caste system and the uses of Modern technology in the Indus Valley Civilization in the ancient Indian times.

This book has its major focus on the law code of Manu that is Manusmriti and its relation with one of the four Vedas i.e. Rigveda. Mr. Naegele has written this book to give you a delightful piece of history and satisfy your curiosity, this is a must-read book suggestion by bookchums. 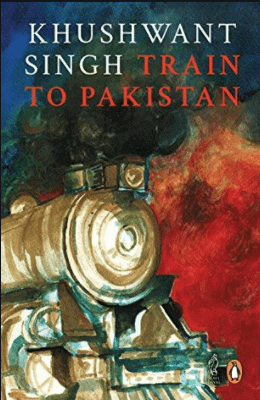 Life and time during the partition were very tough and this book “Train to Pakistan” is written in the partition context, the writer has drafted this book to make you experience the ground reality leaving the political agenda behind. This book tells you how much this partition affected people from both the religion,  the difficult condition on both the borders, people got separated from their families, and so many heartbreaking incidences happened during the partition.

the writer instead of the political side focused on showing the human dimension, this book leaves you emotional and touched, this a personal suggestion and a must-read if you want to know about the reality of partition.

8) The wonder that was India 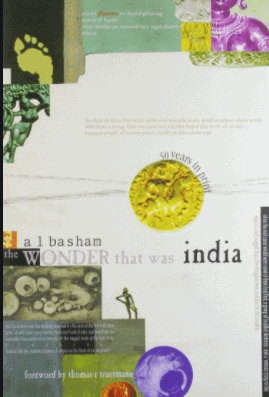 If you want to dive deep into the cultural and religious history of India then this book by A.L. Basham is a must-read for you, this book begins with the Harappan and Mohenjodaro civilization and moves towards the cultural diversity of India that is Hinduism, Buddhism, Jainism and their evolution.

This book talks about how the different cultures and religion of India has influenced its people. The wonder that was India by A.L. Basham is a must-have book in your history book collection.

Indian History is very glorious and very interesting to know, history of India is full of diversity, it is a collection of so many incidents that get you on a dollar coaster ride of emotions.

Bookchums has listed these 8 best books of Indian history for our history lovers and if you think we have missed any interesting book do let us know in the comment section below we will add it for you also tell us how you find this article helpful.